The first Phase 1 clinical trial of Copper-ATSM as a potential treatment option for Motor Neurone Disease (MND) will start in 2016. Cu-ATSM therapy was developed in Melbourne Australia, and the trial is a true example of Australian scientific ingenuity and innovation, and demonstrates the calibre of MND researchers we have in this Country. To bring this trail to Australia, we are proud to partner with a USA company called Collaborative Medicinal Development (CMD). We are very excited by the basic scientific work and the pre-clinical trials and data that have lead to this first-in-man clinical study in Australia.

An overview of the research that has been performed to date, the rationale for why this compound may be an effective treatment and the status of the clinical trial is briefly summarized below.

A Brief History of the Research

The drug is copper-ATSM. Its chemical name is diacetylbis (4-methylthiosemicarbazonato) copper but is often abbreviated to Cu-ATSM or Cu (II) ATSM. In 2005, Anthony White, Kevin Barnham and Paul Donnelly at The University of Melbourne first began discussing the potential to treat neurodegenerative disease by using Cu-ATSM.

Skipping forward to 2008 was the first time copper-ATSM was given to specifically bred mice that develop symptoms that mimic human Motor Neurone Disease (MND). About 10% of all MND cases are familial, which means the disease-causing genes can be passed on from parent to child. Mutations in one of these particular genes affect superoxide dismutase-1 (SOD1) which accounts for a large proportion of familial or inherited MND. The mice most commonly used to study MND in the laboratory that develop MND-like symptoms are genetically engineered to carry this mutation, and hence until recently were our best means of testing potential therapeutics. 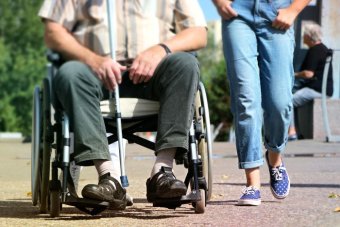 Although the first study to test copper-ATSM in mutant SOD1 mice took many months to complete, the outcomes were very clear: treating with copper-ATSM protected motor neurons in the spinal cord, improved the animal’s MND-like symptoms, and extended lifespan of the mice. These outcomes were published in 2010 and heralded the beginning of an expanded research effort designed to answer one important question: what is the full therapeutic potential for copper-ATSM as a Treatment for Motor Neuron Disease?

Copper-ATSM is MORE effective in mutant SOD1 mice than riluzole (the only currently approved treatment for MND that is available to MND patients. Riluzole is known to potentially increase survival or time to needing a ventilator by only 3 months))

The benefits of Cu-ATSM in the mutant SOD1 mice are evident even when the treatment starts after the mice have developed overt MND-like symptoms. This means that it can potentially be started at any point in the MND patient’s illness and still have a beneficial effect.
Copper-ATSM is effective when administered orally. This is very important as it means ease of administration and no need for IV infusions or injection of the drug into the spinal fluid.

In a recent follow-up paper in another mouse model, the benefit of Cu-ATSM was especially compelling.

Can Cu-ATSM treat the majority of people with MND who don’t have a SOD1 mutation (sporadic MND)?

Unfortunately, there is no perfect animal model for sporadic MND. However, in 2015 Peter Crouch and colleagues at the University of Melbourne and the Florey Institute of Neuroscience presented studies performed on MND-affected tissues obtained from people who died because of sporadic Motor Neuron Disease. These studies showed important similarities to mice that responded to Cu-ATSM and suggests that Cu-ATSM may have activity in both sporadic and familial MND.

Moving from the laboratory into the clinic

Despite some interesting challenges, the experimental Cu-ATSM molecule has now been developed into a pharmaceutical suitable for human administration. The clinical trial is mow recruiting patients and further details can be found by clicking on this.