Here we’ve found a latest research on the treatment for Bronchiectasis while reading up on various articles regarding this disorder.
Source: Medicalnews.com
Written by: Grace Rattue
Found this article very interesting and worth sharing with you all. Pasting it here for reference!
The website state that “According to a study published in The Lancet, scientists have discovered an innovative treatment for non-cystic fibrosis bronchiectasis, a long-term lung disorder which results in breathlessness and persistent coughing.
At present, the global prevalence of the disorder, which occurs when airways in the lungs become abnormally widened, remains unknown, but enhanced screening methods indicate that diagnosis of the disease will most likely rise in the future. In the UK, an estimated 1 in every 1,000 adults suffers from non-cystic fibrosis bronchiectasis.
In order to determine if regular doses of azithromycin, an antibiotic with anti-inflammatory effects, had an impact on the frequency of exacerbations in patients with the disease, the team enrolled 141 bronchiectasis patients in New Zealand.
After six months the team discovered that 42 exacerbations occurred in the group receiving azithromycin vs. 103 exacerbations in the placebo group. 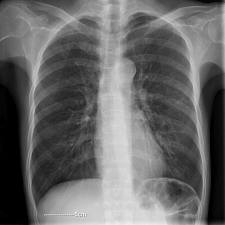 Furthermore, patients taking the drug were less likely to develop an exacerbation than those in the placebo group. In the azithromycin group 31% of patients reported at least one exacerbation in the first six months of treatment vs. 66% of patients in the placebo group.
Dr Conroy Wong, of Auckland’s Middlemore Hospital in New Zealand, explained:
“Very few evidence-based treatments are available for the prevention and management of bronchiectasis exacerbations, and more are urgently needed. Our results show that azithromycin treatment for six months decreases the frequency of exacerbations and increases the time to first exacerbation. These benefits seem to persist for six months after the treatment is completed, suggesting that azithromycin could offer a new treatment option for some patients with bronchiectasis.”
In an associated comment, Dr. Robert Wilson and Professor Athol Wells of the Royal Brompton Hospital, London, explained: “The difficulties of undertaking this study in a specialty that has not attracted major public health investment or proactive involvement by public health groups should not be underestimated.”

Home Remedies for Bronchiectasis Treat and Manage with Natural

Bronchiectasis Relief can be found in Natural Treatment