Myasthenia Gravis is an autoimmune disease as a result of which body generates antibodies against some muscle receptors and the communication between nerves and muscles is lost. This leads to loss of control over voluntary muscle activity and eventually leads to muscle weakness. The muscular weakness is more pronounce during activity becoming more apparent while closing the eye or swallowing of food. The treatment required is twofold, first the drugs which block abnormal antibodies generation and second are the drugs which will improve nerve muscle coordination. Overall, the prognosis is very good. Many people have symptoms that are well-controlled by herbal supplement and Myasthenia Gravis Herbal Treatment and have a high quality of life.

The main Myasthenia Gravis Symptoms is muscle weakness. In initial stage it is noticeable in eyelid muscle and the muscles that control swallowing while with the progression of disease difficulty in swallowing and speaking is observed. In severe cases muscles that control breathing are also affected. To sum it up the main symptoms ranging from mild to severe are ptosis, diplopia, waddling gait, dysarthria and weakness of arms, hands, legs, neck and fingers. The target age group is young women below 40 years of age and old males above 60 years of age as observed by experts at Herbs Solutions By Nature. Neonatal myasthenia, though uncommon, is transmitted from effected mother to the child.

Normally the nerve endings communicate with the muscle fiber at the neuromuscular junction. The signals are transmitted from it to the muscles with the help of a neurotransmitter acetylcholine. The Myasthenia Gravis Causes is generation of anti bodies by the body against this acetylcholine receptor, interrupting the signal transduction. Now the question is how this immune system is triggered. It is found by the experts at Herbs Solutions By Nature that lymphoid hyperplasia is present in thymus glands of such patients indicative of its involvement in development of this disease. Congenital myasthenia on the other hand is caused due to defective genes. 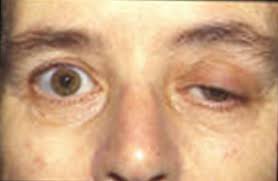 As muscle weakness is a symptom that arise as a result of several diseases proper Myasthenia Gravis Diagnosis should be done. First of all a detailed physical examination is done including neurological examination. Blood test to detect antibodies is also done. Other then this edrophonium test, electromyography (EMG), computed tomography and MRI is also done to confirm the diagnosis.

Myasthenia gravis is not a life threatening disease but it significantly affects quality of life. With proper treatment significant improvements are seen and a nearly normal life can be led by the individual.

Myasthenia Gravis Complication occurs when the disease reaches to respiratory muscles. Immediate medical attention is needed in such cases.

Weakening of the muscles of the eyes and face, droopy eyelids, double vision and difficulty while breathing and swallowing are several of the Symptoms of Myasthenia Gravis. You can get rid of this condition by Myasthenia Gravis Natural Treatment. 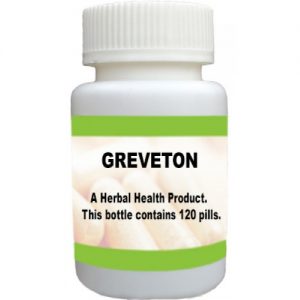 Several myasthenia gravis drugs including neostigmine, pyridostigmine, cyclosoprinetc are recommended but they have severe side effects. Greveton, herbal product offered by Herbs Solutions By Nature is the best Myasthenia Gravis Natural Treatment available for improving quality of life. Thymectomy is also sometimes done but it is a highly invasive surgical procedure.