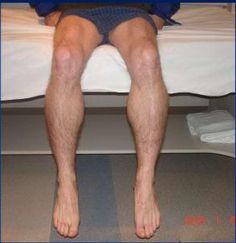 Inclusion Body Myositis (IBM) is a condition that causes muscles to become thin and weak. Symptoms usually start in middle to late life and it is the most common muscle disease diagnosed after the age of 50. Nevertheless, it is still considered rare with between 3 and 4 people out of every 100,000 people over 50 having the condition.

The cause of Inclusion Body Myositis is not well understood but it is not thought to be a genetic condition and it generally does not run in families. For this reason, it is often called sporadic IBM or IBM. It is grouped with the conditions called the “inflammatory myopathies” which includes the related conditions polymyositis and dermatomyositis. There is another rare condition called hereditary inclusion body myopathy, which has a genetic cause, but this will not be covered in this fact sheet.

What Research is Being Done?

One research strategy is to test drugs already in use for other conditions to see if they may also be useful for IBM. One such drug is oxandrolone which is an anabolic steroid that has the effect of building more muscle and increasing body weight. A small trial of oxandrolone in 19 people with IBM showed some improvement in muscle strength, particularly upper body strength. However further trials are needed to assess in detail the benefits and risks of this drug for people with IBM.

A pilot trial of etanercept, a drug used to treat autoimmune diseases like rheumatoid arthritis, did not show significant benefit in muscle strength scores at 6 months. However, with 12 months of treatment, a slight improvement in grip strength was noted. A larger clinical trial is currently underway to assess the effectiveness of etanercept treatment for IBM in more detail.

There has been a small clinical trial involving 13 people with Inclusion Body Myositis who were treated with alemtuzumab (Campath), a drug used to treat a type of leukemia and multiple sclerosis (MS). This drug depletes the immune system of white blood cells. It was reported that disease progression was slowed and strength improved in some patients. A larger placebo-controlled trial is now required to confirm this result and ensure that the risk of side effects does not outweigh the benefit. 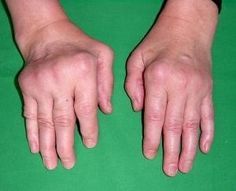 Several promising new drugs are also being developed. One of these is arimoclomol – a drug primarily developed to potentially treat another neuromuscular condition called amyotrophic lateral sclerosis (ALS). In this, toxic clumps of proteins form in the motor neurons. It is hoped that ALS and IBM arimoclomol will help proteins fold correctly and prevent the formation of toxic clumps. A clinical trial of arimoclomol for Inclusion Body Myositis was completed at the end of 2012 in the UK and USA but with results awaited.

Another strategy for the development of a Treatment for Inclusion Body Myositis is to boost muscle growth. One way to do this is to interfere with the mechanisms naturally present in the muscle that put the brakes on muscle growth so that muscles remain within the normal size range. This involves a protein called myostatin which inhibits muscle growth when it binds to certain receptors on the muscle. Interfering with this process could result in increased muscle growth and strength.

Drug company Novartis tested an investigational drug called BYM338 (also known as bimagrumab) for Inclusion Body Myositis. BYM338 is an antibody that binds to receptors on muscle thereby blocking myostatin from binding to them. A phase 2 clinical trial apparently showed that BYM338 benefited patients with IBM compared to placebo but the full results have not yet been released. A phase 3 trial conducted at approximately 35 study locations worldwide including Australian, patients in Melbourne, Sydney, and Perth has been discontinued because the results did not meet the required threshold benefits.

Other researchers in the USA are aiming to inhibit the myostatin mechanism using a form of gene therapy. It involves increasing levels of a protein called follistatin which is a natural inhibitor of myostatin. A harmless virus is used to deliver the follistatin gene inside muscle cells and these instructions are used to make the follistatin protein. A phase 1 clinical trial is underway to test this in people with IBM and those with Becker muscular dystrophy.