Generally referred as farting, flatulence is basically caused due to gas in your bowel. Usually, the intestines tend to produce around 500-2000 mls gas that is released out of your anus at frequent intervals. Flatus or gas consists of numerous gases including carbon dioxide, nitrogen and methane. Furthermore, varying smell hugely depend upon the gases ratio, influenced by whatever food we eat.

Normally, flatus is produce by digestion, foods high in fibre, swallowed air and the intestinal bacteria by-products. Few digestive system disorders, for example irritable bowel syndrome may also cause excess gas. The experts of Herbs Solutions By Nature, through their vast knowledge, experience and research have prepared the most effective treatment of flatulence by the name of Flameton.

What Are The Symptoms Of Flatulence?

Passing gas is normal; however the amount differs between persons plus on numerous factors including your diet. Certain individuals tend to pass gas for few times every day, whilst others forty times, whereas the average times is about 15. So, the symptoms of the excessive Flatulence tend to include loud flatus, smelly flatus, and frequent passing wind, rumbling in your lower abdomen, abdominal discomfort and distension.

What Are The Causes Of Flatulence?

The causes of flatulence as per the experts of Herbs Solutions By Nature are swallowed air along with drinking liquid and eating food, normal digestion, intestinal bacteria, intolerance lactose, high fibre foods and short-chain carbohydrates intolerance. 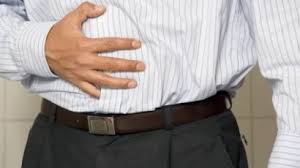 How Can Flatulence Be Prevented?

Excessive gas can be controlled through certain changes in your lifestyle and diet which include exercising regularly, drinking and eating slowly, taking smaller plus more regular meals, avoid the food which are known to trigger flatulence.

What Are The Complications If It Is Left Untreated?

Flatulence, if left untreated can get worse developing other symptoms as well if it is caused by digestive issue or food intolerance. However, prolong flatulence may lead certain other issues for example eating disorders and depression, thus negatively affecting one’s life.

How Is Flatulence Diagnosed?

The condition does not require medical diagnosis usually, unless an individual is facing additional symptoms, for example bleeding stools or constant abdominal pain, which suggests a causal digestive condition.Hence, under such circumstances, your doctor may suggest you blood test in order to ensure the possibility of infection. GP can also ask certain question regarding the bowel movements and symptoms. In case of experiencing severe additional symptoms, endoscopy can also be referred.

What Is The Treatment Of Flatulence?

All in all, if ask the experts of herbs solutions by nature, the best treatment to treat flatulence effectively and efficiently, they would suggest you the product name Flameton. It is prepared using hundred percent natural ingredients and natural Herbs for Flatulence treatment, is thus proved to treat the condition of countless of sufferers.

Natural Treatment for Flatulence may help treat your symptoms of excessive flatulence. Flameton tablet, for example tend to absorb the gas in your digestive system, thus reducing symptoms.